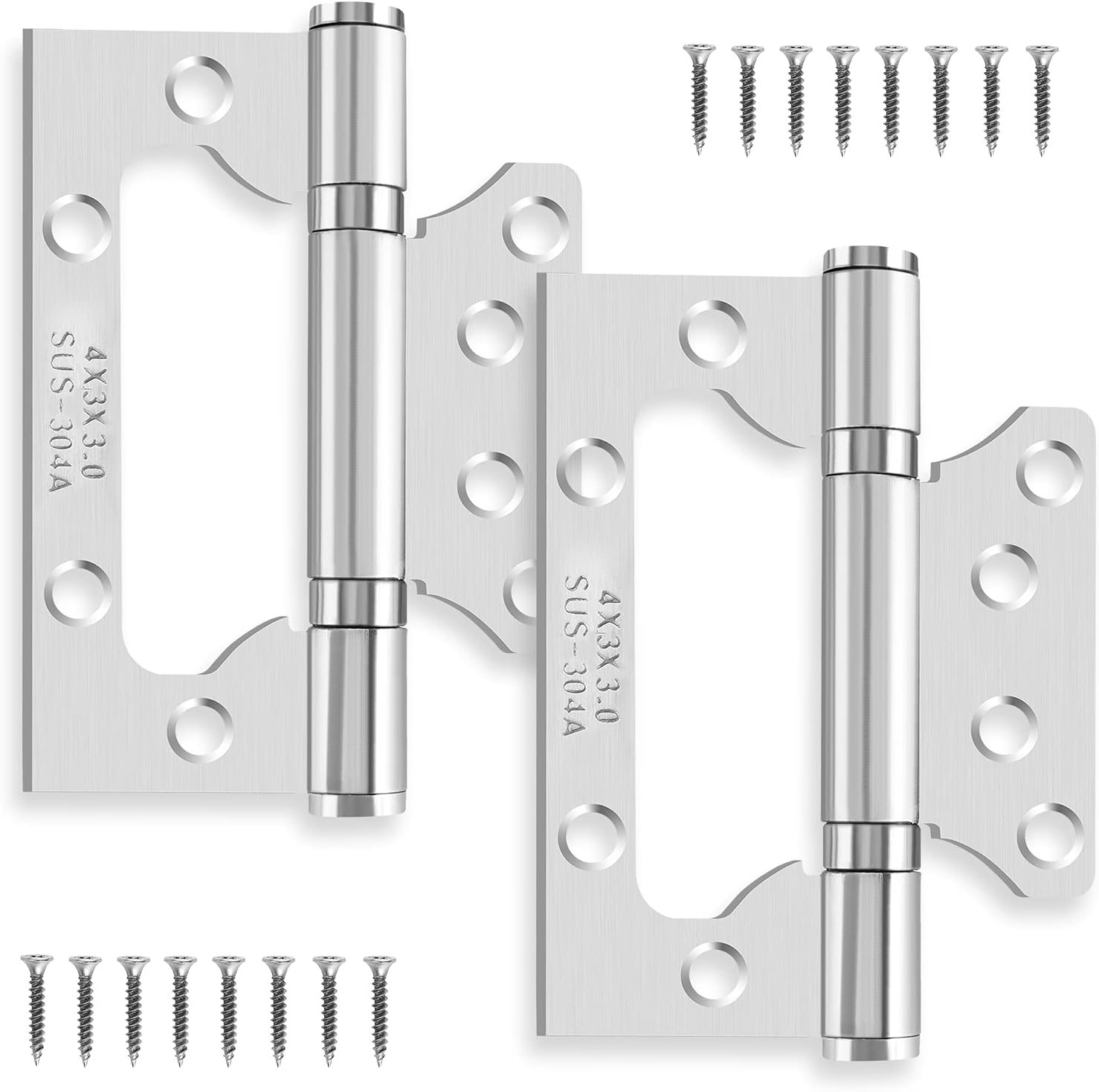 We are Goldenwarm, a manufactor with more than 10-year experiences in home hardware industry.

No Damage to The Door

With this type of door hinges, you won't need to groove on the door or door frame, the only two steps you need to do are locating the right place and then using screwdriver to install the hinge on the door(frame). These hinges are also featuring non-friction between metal and metal, nor do they get stuck as other normal hinges frequently do.

"p" You can choose from Satin Nickel and Matte Black finish. Comparing with other hinges made of iron or steel, the stainless steel material we picked is more solid and lasting, with better durability and will not easily deform.
"div"

Durable for Long-Term Use

"p" The door hinges are made of high-quality stainless steel, its surface has specially treated with anti-rust and anti-corrosion coating.
"div"