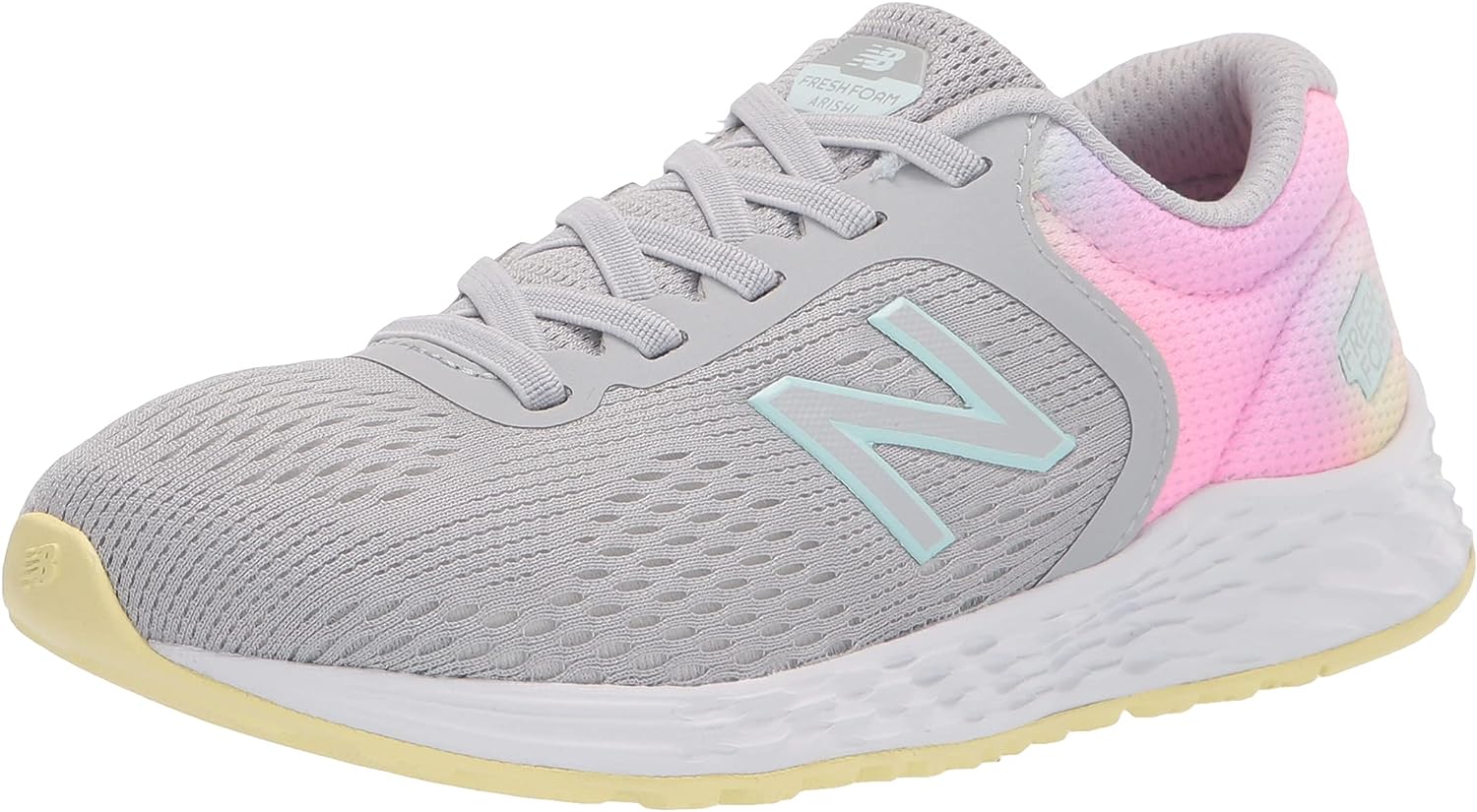 Young feet can be ready to make moves in a cool sneaker with next-level styling and performance that's also built for versatility. The New Balance Fresh Foam Arishi v2 kids' running shoe is the perfect combination of style, versatility and comfort that's sure to please even the pickiest youngster. These running shoes for kids deliver tons of engineered cushioning â including Fresh Foam midsole technology â in addition to cool, modern styling that will make your kid the envy of all their peers at school or on the playground. With a full rubber outsole that provides plenty of durability, this lightweight ride is paired with sophisticated style perfectly accented by New Balance's iconic N logo. They also include a fun and functional all-mesh upper that helps to ensure breathability during any type of athletic activity. This cushioned running shoe for kids blends performance cushioning technology into an everyday sneaker for kids that easily lasts through the school day, into the weekend and beyond. For a complete look the entire family can rock, check out the men's and women's versions of the Arishi v2.