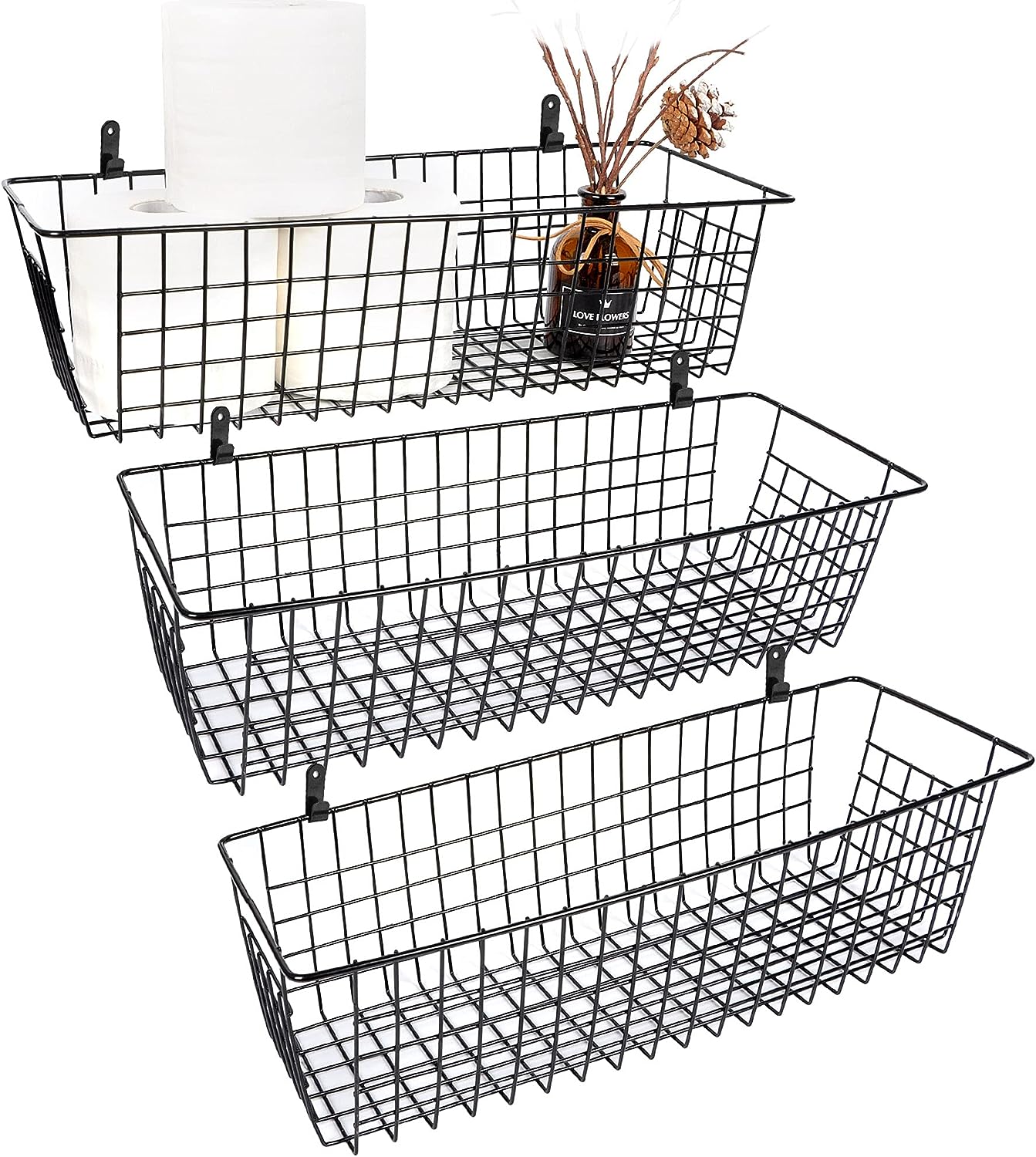 We make every effort to choose high-quality wall storage basket for, strictly control every detail of production for, and directly send the most suitable price products to consumers.

Open wire design allows you to see the items inside the basket, which makes it easy to find the ingredient

Can be used in anywhere at home, such as pantry storage, kitchen cabinet, freezer, clothing wardrobe, kitchen, office,etc.

we talk and listen to our customers and value every constructive suggestion from them to improve our services.

Products such as the soap dispenser, hand towels etc are just for display purpose.Theyâre not included in the product.

provides a lifetime guarantee on our products. You will have full refund or return as you wish during the guarantee periods.