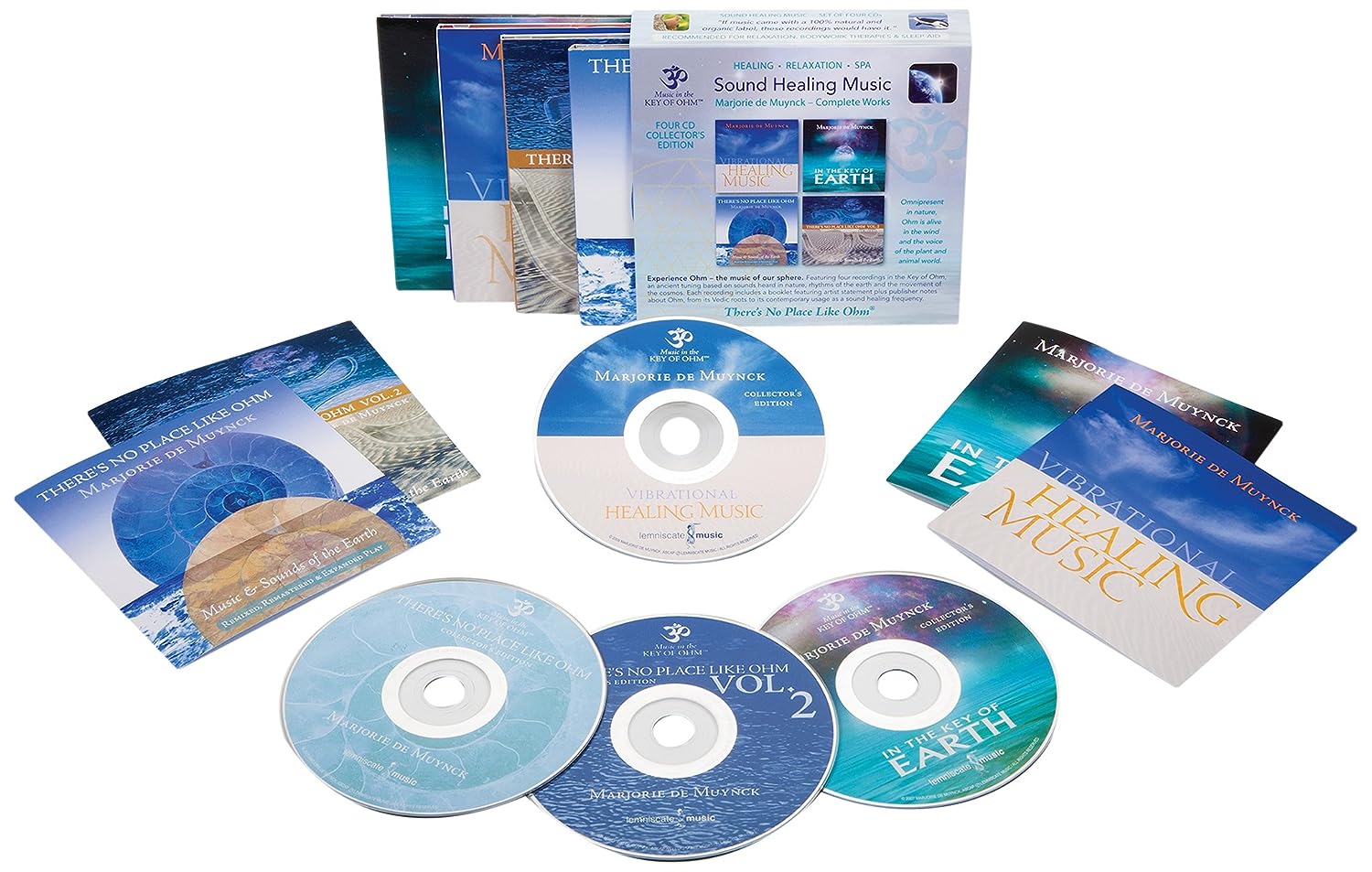 Celebrated in the Sound Healing movement, Marjorie de Muynck (1952-2011), pronounced de Monk , pioneered four influential Sound Healing compositions in the Key of Ohmâ ¢; a cosmic tuning based on the frequency of the earth's orbital path as it travels around the sun through four seasons.

"p" "i"Sound Healing Music is a Collector's Edition; it features four recordings in what became de Muynck's signature tuning, in the key of Ohm. Ohm (OM, AUM) is an ancient and sacred tuning based on sounds heard in nature, rhythms of the earth and the movement of the cosmos. The calculated frequency of Ohm is based upon the works of 17th century astronomer Johannes Kepler and 20th century mathematician Hans Cousto.

Each Collector's Edition recording includes an 8-16 page booklet featuring a statement from the artist plus notes from the publisher about Ohm, from its Vedic roots to its contemporary usage as a sound healing frequency.

"p" Music and sound are considered by many to be the new frontier of healing. As the movement grows, many find that listening to a tone associated with the Earth is beneficial. While there is a scientific basis to the calculated frequency of Ohm and rational for identifying it as an earth tone - de Muynck chose to explore this compositionally, as an artist more so than as a scientist. She turned to Nature as her model and found a balance and harmony, as well as a spiritual longing that is beautifully expressed in this music. One can't help but to relax, journey, imagine and reflect, while being transported to a genuinely wholesome place. This is music of the heart.

There's No Place Like Ohm Vols. 1 amp; 2, (2003, 2005), followed by "i"In the Key of Earth (2007) and "i"Vibrational Healing Music (2009) have inspired a generation of composers who continue to explore the healing benefits of listening to a tone associated with the Earth! These timeless recording are Sound Healing classics you'll want to add to your music library.

Marjorie de Muynck's musical style and instrumental choices reflect the importance she placed on nature and acoustic instruments, especially those that mimicked sounds found in the voices of animals and the elemental world. De Muynck reminds us that the ancients have long known of the power of sound, music and vibration to induce altered states for prayer and healing rituals. In her works, she never lost sight of the musical; her compositions celebrate the Earth as a living organism.

"p"If music were labeled as one hundred percent natural and organic, each of these Sound Healing recordings in the "i"key of Ohm, would have it!